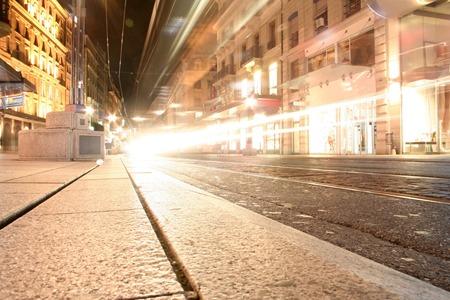 Throughout the nation, approximately 10,000 people die each year in alcohol-related traffic fatalities. That's roughly one-third of all traffic-related deaths in the United States. Approximately one-fifth of other traffic-related death are attributable to other drugs and impairing substances. Impaired drivers are more likely to drive dangerously, take risks, have slower reaction times, and not wear their seatbelt.

Many people occasionally drive while impaired; it's not just limited to alcoholics and problem drinkers. In 2010, there were approximately 112 million self-reported episodes of DWI in the United States. Of these 112 million incidents, only 1.4 million were arrested. Thus, the statistical probability of getting arrested for DWI is less than 1%.

In a Gallup survey of 9,028 drivers nationwide, 14% of respondents reported that they drove while impaired, or close to being impaired, in the last three months. Conservative estimates claim that the typical DWI driver drives while impaired approximately eighty times per year. To put this simply, the habitual DWI violator drives while impaired once every four to five nights. While habitual DWI violators are a relatively small segment of America's drivers, it is believed that, on average, at any given time in the United States, 2% of drivers, or one in fifty drivers on the road, are driving while impaired.

To address this problem, law enforcement agencies around the nation have increased their vigilance in catching people who drive while impaired. To achieve deterrence against DWI, law enforcement agencies believe that it would require arresting one DWI violator for every four hundred DWI violations that occur. Currently, however, although the estimations are not exact, only one DWI violator is arrested for every five hundred to two thousand DWI offenses. Thus, statistically speaking, the average DWI violator has very little to worry about being caught or arrested.

Even when the police stop a vehicle where the driver is impaired, unless the officer is trained in DWI detection, the likelihood in being arrested is approximately 14%. Most impaired drivers are able to conceal their impairment and avoid being charged with DWI.

That being said, it is not illegal to have a few drinks and drive a vehicle. To be safe and to avoid being charged with DWI, however, it is extremely important that you know and understand your limits. Some people won't drive after having a single drink. That is a very safe and prudent way to avoid the dangers of driving while impaired and getting arrested. Other people won't drive after having one or two drinks. Whatever your limit is, understand how alcohol affects you and your body before attempting to drive.

As an example, consider a 175-pound man who has two drinks in quick succession and on an empty stomach. Most likely, his BAC will be around 0.04. If he has four drinks, however, he will probably be just over a 0.08. Five drinks will most likely push him over 0.10. It isn't that hard in a social setting for someone to consume this much alcohol and then decide to drive home.

At Adkins Law, we implore you to be a safe driver. We also recognize that people do and will drive after they consume alcohol. Just understand how important it is to know your limits and make a good decision before driving after alcohol consumption. A bad decision may put you and others in physical danger and lead to avoidable criminal charges.

Contact Adkins Law if you need to speak to a DWI lawyer / DUI lawyer. A DWI lawyer from Adkins Law will be happy to give you a free DWI consultation. Adkins Law offers DWI representation in Huntersville, Cornelius, Davidson, Charlotte, Mecklenburg County, Iredell County, Gaston County, Cabarrus County, and the Lake Norman area.

References:
Call to Schedule your Consultation: